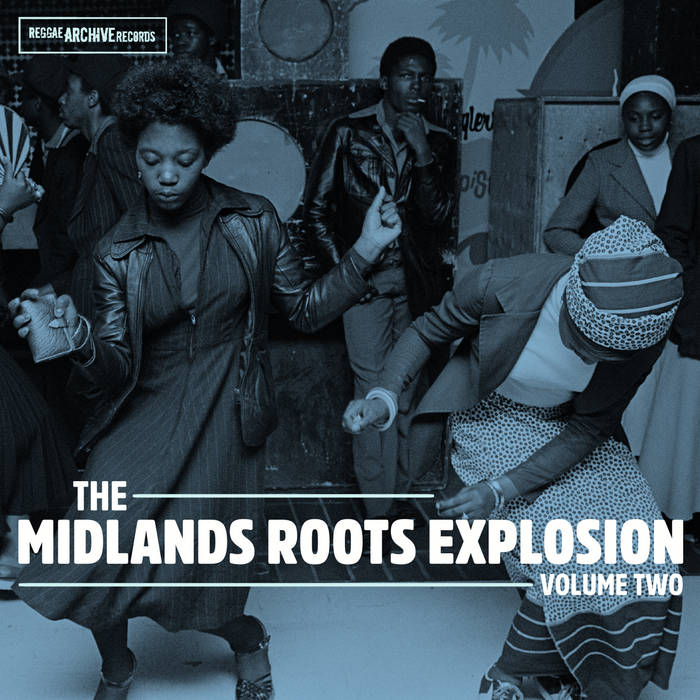 Aloha Got Soul If you haven't heard the first volume, no worries — both stand just as strong on their own as they do a pair. Favorite track: Immigration.

Papa Jay (Radio Smorgasbord) Not quite as good as Volume 1 but still worth every cent... Favorite track: Immigration.

Barry Whalley If you love Reggae this is a piece of history worth having Favorite track: The Midlands Roots Explosion Vol Two (Compendulum DJ Mix).

Revolt of the Apes

2016 sees the release of the most eagerly awaited sequel since “Star Wars: The Force Awakens”, when Reggae Archive Records release “The Midlands Roots Explosion Volume Two” showcasing some genuine rebels in the guise of musicians, playing the finest in English reggae. Last year's release of “The Midlands Roots Explosion Volume One”, saw the culmination of many years work spent tracking down artists and tapes to shine a light on one of England's greatest, yet most overlooked musical scenes; the home grown take on reggae that briefly flourished from the mid-seventies and had almost disappeared little more than a decade later.

Mixing themes of struggle, resistance, justice, equality, identity and Rastafari played and sung from the heart with both conviction and skill, our first volume received a rapturous reception from critics and purchasers alike. Now we return with more of the same, but if anything we've surpassed Volume One with an even stronger selection.

With so many great bands and so much great music coming out of the Midlands, it was always our intent to release enough volumes to properly document the stories of the bands, singers, musicians and labels as well as adding historical context with sleeve notes by people who were there.

The success of Volume One has certainly helped raise the profile of our mission, opened doors and brought even more bands on board meaning Volume Two not only carries over plenty of familiar names, but five of the fifteen tracks are from bands making their debut in the series.

Volume Two starts off in exactly the same way as its predecessor with Handsworth's biggest musical exports, the legendary Steel Pulse and “Bun Dem”, originally released in 1977 on the Tempus label and produced by the legendary Dennis Bovell; it's a track that deserves wider exposure. Our first act new to the series are Natural Mystique with their 1982 single “Generals” whilst tracks 3, 4 and 5 round off the missing A and B sides from some of the most popular artists we included last time with Iganda's “Mark Of Slavery”, Carnastoan's “Sweet Melody” and yet another Generals, this one from Musical Youth featuring the same line up that caused so much surprise and positive feedback with their inclusion on Volume One.

“Africans” from Bass Dance featuring a second appearance from former Steel Pulse guitarist/vocalist Basil Gabbidon, is the first of four previously unreleased tracks. The other three that we've managed to track down on long forgotten tapes, are Leicester's Groundation with “Rebel” recorded a few years before “Fa Ward” which we included last time, “Cannot Take It Away”; another lost gem from Handsworth's Mystic Foundation and “Equalisation” another lost slice of early eighties roots from Wolverhampton's Capital Letters.

The late Linton Haughton is another new name with his scarce Shield label 12” cut “Hustling Man”. Also making their first appearances, are Afrikan Star with “Run And Hide” originally issued in 1980 on Black Vinyl Records and from the Crucial Music stable, Sledge Hammer with “Ruled By The Stone” released as a 7” single on the Crucial Music Inc. label. The remaining three tracks are provided by label favourites and key players in the Birmingham scene, Black Symbol, Sceptre and Eclipse and showcase songs from the individual albums we've previously released by each band.

This album is British roots reggae at its finest, steering its own course and not looking over its shoulder at what was happening in Jamaica. It's the perfect complement to Volume One adding another chapter to the story of British reggae and how it developed in its Midlands heartland, a story we will be continuing to explore and expand with future volumes.

“The Midlands Roots Explosion Volume Two” is released by Reggae Archive Records on high quality double vinyl in a luxurious gatefold sleeve, CD and digital download on May 20th 2016 available from all good retailers worldwide.

3. Iganda - "Mark of Slavery"
Written by Iganda. Published by Copyright Control
Originally released on 021 Records in 1979