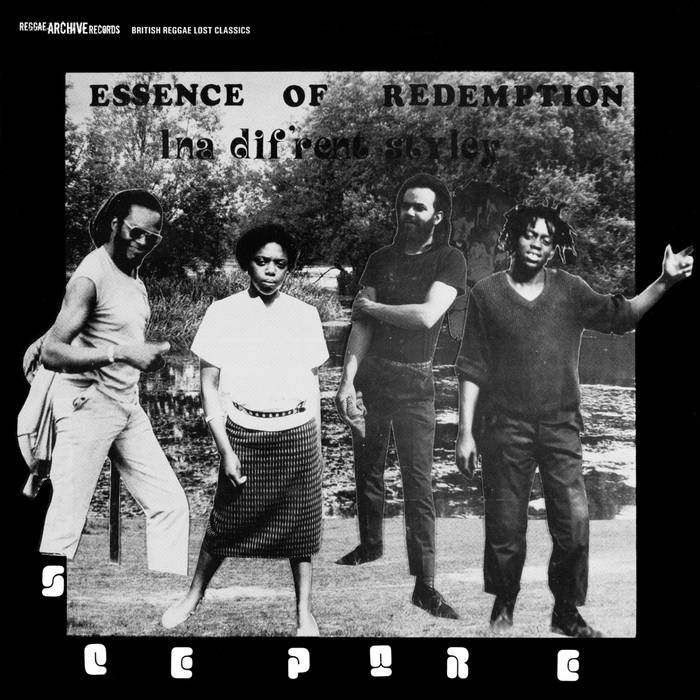 followthewaydan Great UK Roots Reggae from 1984 with heavy intricate rhythms, subtle nearly off key horn lines, and strong melodies and harmonies (some songs male lead and some songs female lead).
Right up there with the best Reggae LP's (UK or otherwise). Favorite track: Essence of Redemption.

Muhammad so glad Reggae Archive Records re-releasing these albums...another great record...fantastic musicianship and great mix of vocals between the male vocal and the great female vocal of Jean Mclean...songs as relevant today as ever.

Founded in 1981 in Britain's second city Birmingham, the band Sceptre were part of a thriving local music scene, a scene that for the most part revolved around live shows in the region's community centres, university campuses, pubs and nightclubs. Neglected by major labels, many bands went unrecorded and of those that did get documented most managed to release just one or two singles. Fortunately, Sceptre recorded and released an entire album, 1984's “Essence of Redemption Ina Dif'rent Styley”.

Poorly pressed, in very small numbers and with limited distribution, the album didn't sell well and barely made an impact on its release. However, whatever its problems the music itself was first class and over the last three decades, has acquired numerous fans and an ever growing reputation as a classic of the British reggae genre. Whilst still remaining underground and unknown to the vast majority of reggae fans, demand amongst those in the know has been such that used copies have fetched as much as £180.

As part of our mission to document and reissue Britain's lost, forgotten and unreleased reggae heritage, Sceptre were high on our list of projects. Through the good offices of Black Symbol who had released Sceptre's previous two recordings on “Black Symbol Presents Handsworth Explosion Volume One”, (also reissued on Reggae Archive Records), we were introduced to Jean McLean and able to get the band members approval and cooperation with this project.

Musically this is one of the strongest UK albums there is, with not a single weak track and many stand outs. Six of the ten songs are roots, varying between a classic roots sound based on a 1970s Jamaican blue print on “Essence of Redemption”, “Nuclear Disaster”, “Soul Searching” and “Pestilence and Bombing” to a more contemporary UK feel on “Right Time Coming,” whilst “Get Up And Go” incorporates a funk feel into the mix. Three of the tunes, “Play the Music”, “Me on My Own” and “Goodbye” are Lovers Rock with Jean McLean taking over lead vocal duties from the men, whilst Jean's sister Beverley aka Rankin Bev demonstrates her MC skills on the dancehall orientated “Ina Dif'rent Styley”.

The album is brim full of great tracks and not only showcases the band's versatility, but also what talented songwriters and musicians they were. The fact that it didn't enjoy greater success and get heard by the reggae audience at large is a travesty we can finally put right. Sceptre's “Essence of Redemption Ina Dif'rent Styley” is reissued by Reggae Archive Records on 20th October 2014 and will be available on premium quality vinyl, CD and digital download from all leading outlets. To coincide with this release our sister label Sugar Shack Records is releasing former Sceptre guitarist, horn player, keyboard player and vocalist Jean McLean's new album “Everlasting” on the same date.

All tracks owned by Sceptre and licensed to Reggae Archive Records

Thanks to: Jean McLean and Brian

This record is dedicated to Lenford March (Blacka)