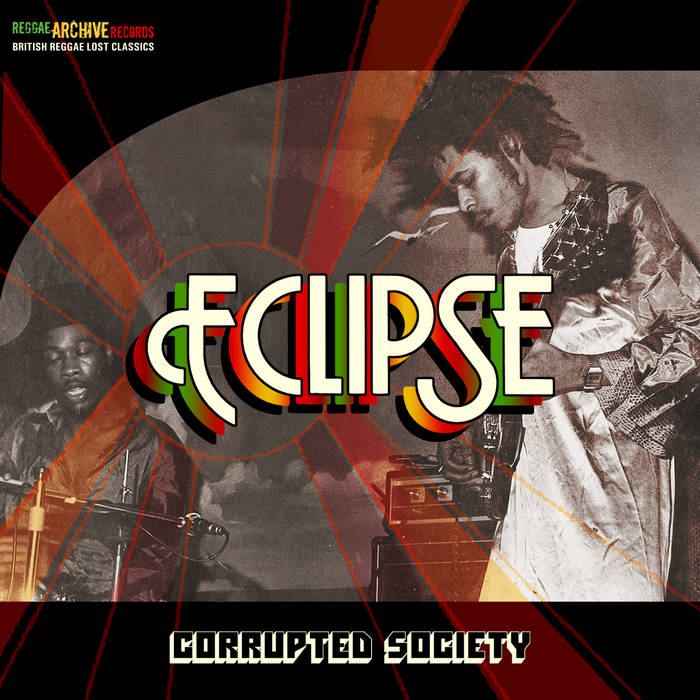 Friends and contemporaries of fellow Handsworth band Steel Pulse, Eclipse never achieved the same level of commercial success. Back in the seventies the two bands vied with each other to be acclaimed as Handsworth's best, as the area bubbled with musical creativity. Eclipse were together for ten years, from 1975 until 1985. In that time they managed to release just one album and three 7” singles, a small, but powerful legacy and one that deserves to be recognised by a wider audience.

The bulk of this CD features Eclipse's lone album release, known as “Eclipsed.” The British pressing is now very scarce and was repressed as “Inner Reggae Rhythm for a Canadian release. The album includes these eight tracks plus both sides of the bands final single and a brace of previously unreleased tracks. Unlike previous reissues this project has been completed with the full cooperation of the original band members. They have provided their recollections of the band's history for the sleeve notes as well as supplying precious archive photographs.

Although written and recorded over thirty years ago we couldn't believe how relevant many of the songs still are today. We therefore felt that the best title for this collection would be “Corrupted Society”, a song of protest that starts the CD off in a classic UK roots vein. Things carry on in similar fashion with songs dealing with repatriation, “Immigration” and “Come Me Brethren”. Then political violence, “Six Dead”, the triumph of the righteous, “Blood Fi Dem” and “Visions”, as well as faith with “Jah Can't Fail I”.

The last few tracks take a lighter direction, dealing with love and having a good time. The album ends with the rather beautiful “Eclipse”, a track that's just as strong as any of the band's more rootsy compositions and ends things on a suitably high point. The album is available on CD and as a digital download from all good retail outlets from 15th October 2012.

Tracks 9 and11 recorded live at The Roundhouse, London 1981

All recordings licenced to Reggae Archive Records by Neville Whittingham

Neville Whittingham thanks: All at Reggae Archive Records, Jez Collins from The Birmingham Music Archive, the band Eclipse and Sidney Crooks

Photo Credits: Thanks to the original photographers and artwork designers with whom copyright remains on their work.

Artwork on this release by samgilesdesign@gmail.com

This album is dedicated to The Birmingham Reggae scene.