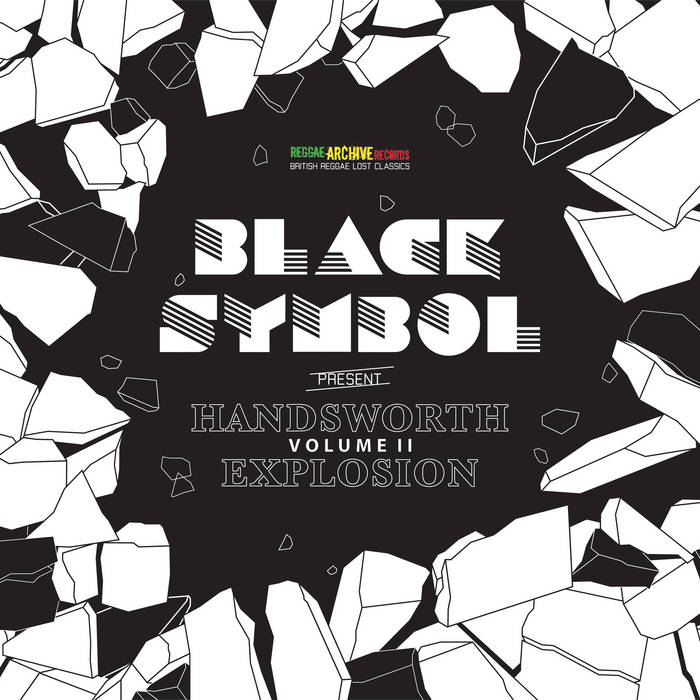 Black Symbol were always more than a reggae band and although they released their own music on their Black Symbol label, they wanted to support other talented artists in their community and so without any outside help, they used their own money to record, release and distribute two compilations of music from Birmingham's Handsworth area.

The aim of these compilation albums was summed up on the back of “Handsworth Explosion Volume II”: “Handsworth Explosion is a brand new revolutionary idea originated by 'FATMAN' the producer, lead vocalist and founder member of BLACK SYMBOL. The intention of this album is to provide a much needed link between Symbol and other Ghetto bands, to reveal, an as yet, undiscovered talent suppressed by the music machine. The Handsworth Explosion shall open up the eyes and hearts of many, yet it shall explode in the minds of many; this combination of music can only be played in the Ghetto by musicians who live in and bear the weight of their society. Handsworth Explosion sets out not only to satisfy musically, but be an inspiration and revelation.”

This was indeed underground music and it was pretty much ignored by the mainstream when it was released in very small numbers, but for those lucky enough to have found the records, their hearts were indeed opened up to the music within.

Now, more than thirty years after the music was recorded, Reggae Archive Records are delighted to have teamed up with Fatman and have licensed the entire Black Symbol back catalogue as well as releasing the new Black Symbol album “Journey” on our sister label Sugar Shack Records. We plan a comprehensive reissue campaign throughout the coming year, including a combined CD release for both volumes of “Handsworth Explosion”, but to kick things off we are doing a very limited vinyl edition of “Handsworth Explosion II” for Record Store Day 2014.

Musically, this is a straight reissue with the same 10 tracks from Black Symbol, Benjamin Zephaniah, Mystic Foundation, Man from the Hills and Black Knight, a musical time capsule of talent from inner city Birmingham at the start of the 1980s, a very different time but one that still resonates today.

One thing we have changed is the sleeve design, with Fatman's blessing and in keeping with the original; we have commissioned a new illustration from Nick Darby and hopefully rectified the one weakness of the original release.
This slice of Handsworth reggae, Birmingham reggae, and British reggae has always deserved wider exposure and it's a real privilege for Reggae Archive Records to team up with Fatman and ensure the music reaches a new worldwide audience, an audience that it always deserved.

With original copies rarely appearing and fetching three figures, this is a great opportunity to grab an affordable new copy of one of the rarest UK reggae albums and something that will appeal to all fans of roots reggae. “Handsworth Explosion Volume II” will be available from participating retailers on Record Store Day 2014, April 19th in a strictly limited edition, it won't be repressed again on green vinyl.