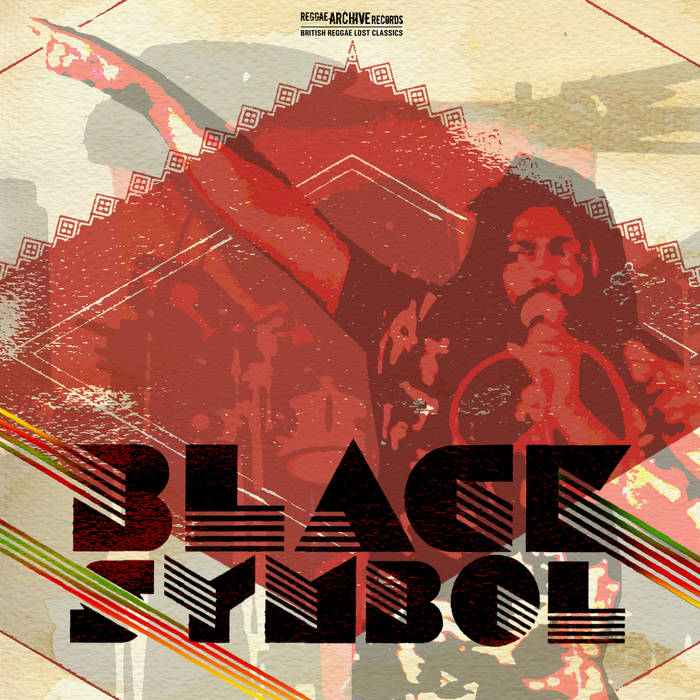 tech23 killer 'lost' uk roots - both delighted and ashamed that these crucial tunes have by-passed me for 40 years! towering bass performances, vocals very much in the style of burning spear/sylford walker, this is invaluable stuff!
best deal is to buy cd - accompanying download is of vinyl release with some differing tracklisting/mixes, so you get the full package! Favorite track: Travel.

Black Symbol are among the unsung heroes of British Reggae. During their heyday in the early 1980s, they not only released a handful of their own songs as singles, now highly sought after, but financed and released the two volumes of “Handsworth Explosion”, records that documented and showcased so many talented local acts. They played countless shows, funded numerous recording sessions for local bands and singers and did everything possible to promote the music they and their fellow artists were creating.

Although their reputation within Birmingham was and still is second to none, their self-released records lacked the promotional muscle of major label backing and enjoyed modest sales, not escaping beyond the specialist reggae market.

There can be few British bands whose back catalogue is so unknown by the masses and so deserving of an album release. Better late than never, three decades and more since they were recorded, Reggae Archive Records have gone through the singles, the Black Symbol tracks included on the two volumes of “Handsworth Explosion” and unreleased songs, to compile an album that will do Black Symbol's music justice and rightfully secure their place as one of Britain's most important and original reggae bands of the 1980s.

When it came to naming this album “Black Symbol” was all the title it needed, a name resonant with meaning that truly fits the music within. The CD version contains 16 tracks of which 4 are versions, whilst the high quality double vinyl contains 12 tracks including versions and is cut for maximum dynamic range. Where they exist on the master tapes we have taken the opportunity to use slightly different mixes on the vinyl and CD and whilst the CD contains tracks from the two volumes of “Handsworth Explosion,” these are omitted from the vinyl as they can be readily found on our vinyl reissues of those LPs.

The music itself is roots reggae at its best, clearly British, but firmly anchored to the childhood home of the band's core members in St Ann's on Jamaica's North coast; like Birmingham another hotbed of Reggae creativity and talent. Although all tracks were recorded at Outlaw Studios in the heart of Birmingham, this music is among the most Jamaican sounding of any British recordings. There is not a conscious attempt to mimic a Jamaican sound, it's in the group's DNA and just naturally permeates their sound. Unlike so many other British reggae groups, they didn't take The Wailers as a template and instead created something new and entirely unique.

Two thirds of the vocals have overtly religious themes, spiritual, uplifting, joyful, a timeless celebration of belief; these songs are inclusive rather than exclusive and lift your spirits whatever your faith or none at all. The rest of the vocals have political themes, equally heartfelt and everything is delivered with total conviction. The versions are no mere afterthoughts, but perfectly realised companion pieces with all the weight and vibes anyone could wish for.

The double vinyl LP comes in a deluxe gatefold sleeve and both it and the CD version contain sleeve notes based on interviews with original band members; Fatman, Blobbo and Rhino plus archive photos provided by bandleader Fatman. The album will be released on all formats by Reggae Archive Records on 16th March 2015 and is sure to be one of the highlights of the year for all fans of roots reggae and British reggae.


This album is dedicated to Jeff – RIP 2014
Jeff was a member of Black Symbol which is a family band
Jeff was an inspirational musician who went on to have a successful career as a Defence Barrister dealing with clients throughout the UK. He was loved by the community in Handsworth and fellow musicians worldwide.

Jeff may the stars shine bright and the bass be heavy. Blessed Love. (Fatman)